I’m on Steam Deck using the Lutris flatpack 0.5.10.1 and I’ve noticed that most install scripts that also want to apply community fixes won’t work. This is because Lutris fails to find the downloaded files (zip files, executables, whatever), displaying the message “<path_to_cache> does not exist”.

The files are there though and they’re intact (can open archives or run executables by themselves).

Another example is Mount And Blade Warband from GOG, which downloads an .sh-installer and then throwing the message again, the file would not exist. Most games from GOG to run under Wine do download and run the installer without issues.

Unfortunately, I don’t know how to generate any logs that could help you, because running the commands mentioned in the pinned post in Konsole don’t work as the command “lutris” cannot be found (probably because it’s a flatpak? I’m no pro with this, sorry).

Any idea what could be going wrong here?

I am using the regular version from the arch repos, not the flatpak, however.

Yes, exactly that. I’ve also tried UT99, having this exact issue. Among that was UT2004 and I think RtcW, all with additional patches to apply during install.

I set my cache path to “~/.lutriscache”, files are there but it just won’t work. 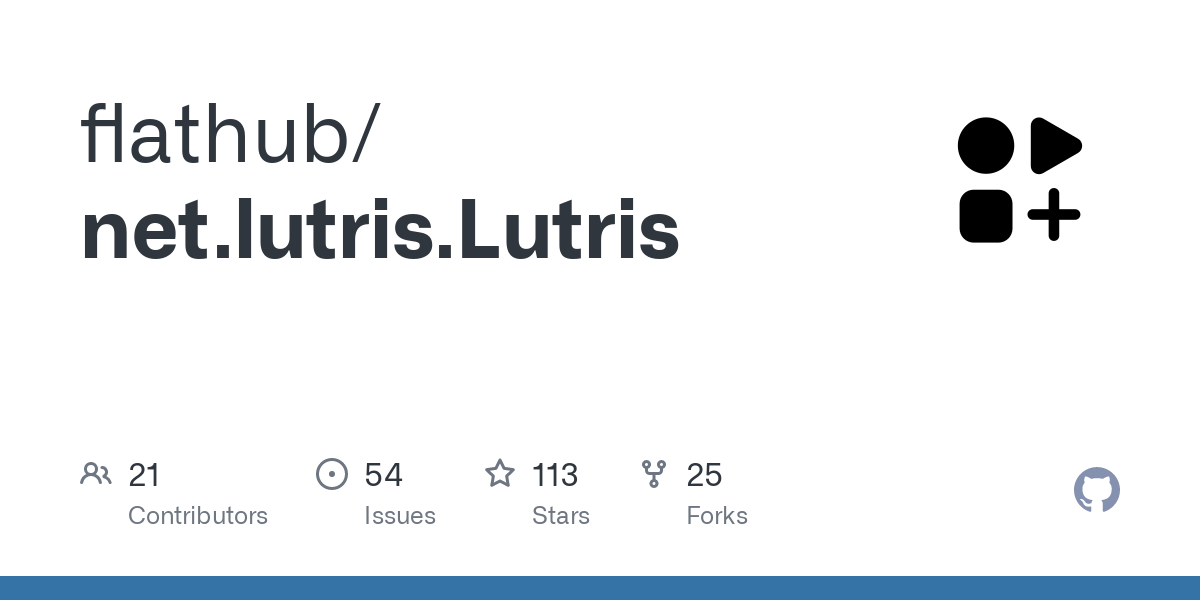 Contribute to flathub/net.lutris.Lutris development by creating an account on GitHub.

I believe this is the solution to your specific issues:

Make an alias so it is always this command, all the games, caches and games, should be in the folder you specify.

You can also modify the .desktop launcher so that filesystem option is always the same.

Hm, at first glance it doesn’t really seem related to me, but I just might be wrong. Thank you either way, I’ll try that out.