It seems pretty simple on the surface but I can find no documentation of what is currently expected of the user.

I’m trying to get controller support with Titan Souls (Steam) in Wine through Lutris; preferably for my Xbox One-S (usb-attached) controller but I also have a Nyko Airflow Ex as a backup. In posts regarding Titan Souls (outside of Lutris), I’ve read of success in native Windows using x360ce (some success) and SDL2 (full success). 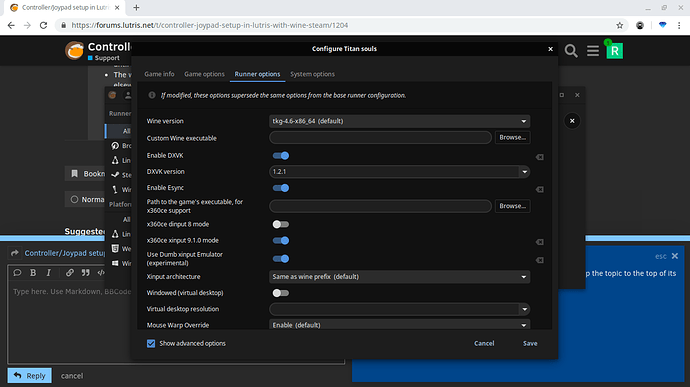 where this options now, theres a way to resolve it?