Hello! I am very new to lutris and would call me a noob

I just installed PopOS, made all the upgrades and updates and tried to play World of Warcraft with Lutris.
First I installed WoW through that “Install” Button on the WoW Lutris website. It installed battlenet (first it downloaded some dependencies) and after that I logged in and installed World of Warcraft the same way how I would do it on a windows pc. The “freeze” problem occurred.

I removed WoW through the Lutris client and installed BattleNet (install button from the website again). After that I installed WoW in the launcher again: Same problem.

I checked if I have all the needed dependencies installed for battlenet and vulkan etc etc (it already was).

//EDIT:
This forum tells me that I am only able to post two links as a new user… well … then here they are in a Pastebin … :): 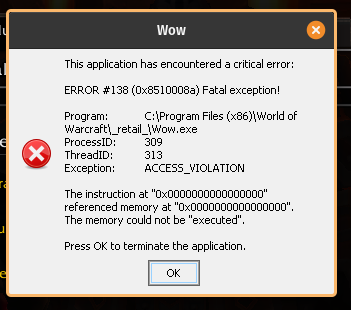 Try to update Wine to 5.21 then ask Lutris to use it for WOW

I have the same problem, I’ve seen in some places to install version 5.19 of wine and use DirectX 11, but I haven’t been able to do that yet. If you know the solution please post and guide me. Thank you very much in advance.

@morias You should use Wine 5.21 which is available in Lutris now.

It worked! thank you very much for the tip, now I leave the windows instead, thanks for the attention, nobody had helped me so far !!!

Odd, I have not been able to get the 5.21-staging version to work at all. I had to roll back to 5.20-staging to get back into the game.

Yes, we know that, 5.21 is not so stable with WOW, just use another Wine version.