Morning, everyone,
I see we can now run the EAC anti-cheating system.

I found it: https://github.com/Guy1524/wine/tree/easy-anti-cheat
How to install it please?

It’s currently broken. There’s no timeline on when, or if it will be fixed. You’ll just have to wait.

But I will say if you don’t know how to build it, you shouldn’t be testing it even if it does start working again. This is in PRE-alpha stage, and is not ready for the general public to start testing it. That’s why you never saw TKG or GE create packages and publicly release them on GitHub, even though they BOTH created packages for us to test with. It’s. Not. Read.y. For. General. Use.

Right now you have no choice, because it’s broken, but like I said, even if it gets fixed and starts working again, it’s not ready for the general public, especially people that don’t know how to build it themselves. Trust me on that.

I’m a software developer and I want to play Apex Legends, is there any update on Wine EAC? I can certainly build it on my own but before I try I’m curious as to if it works at all.

none except they are never gonna try to fix it. Steam try to push that and have support for anti-cheat in kernel so wine could run anti-cheat software without any modification. The first working solution could be considered like cheating and so it will never be support. The kernel with anti-cheat support is suposed to land in 5.11 If iu want to learn more this video could explain things

I would not listen to alex 100% Co0perator I would check out this discord server you wanna check out the channel #easy-anti-lobster-dev I also recommend getting on the lutris discord as well, now I will admit there has been vary slow development on it but it doesn’t mean there hasn’t been progress check out this guys twitter he one of the people working on trying to get EAC working with WINE https://twitter.com/0xdt0 and I will admit there is a time gap but from what he has shown off I have hope but again attempt at your own risk it might not work but there is a chance it will

Thank you for your answers.
I saw that with kernel 5.11, anti-cheat should work.

The kernel with anti-cheat support is suposed to land in 5.11 If iu want to learn more this video could explain things

I saw that with kernel 5.11, anti-cheat should work.

Again no. There is no anti-cheat support coming to kernel 5.11. Whatsoever. And there’s no work being done to bring anything like that to the kernel, either. The work for 5.11 was a replacement for an ALREADY EXISTING solution in Proton for DRM, not anti-cheat. And as I said, it was already solved, the stuff added to 5.11 just solves it with less of a performance hit. It’s literally just a PROTON_USE_SECCOMP=1 replacement.

yea nothing in 5.11 but still support for anti cheat will be kernel lvl 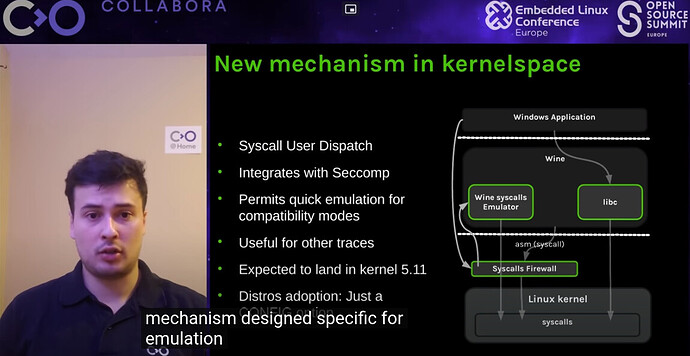 I would assume they will one day. They have pressing matters with new games being released that wouldn’t/won’t run eg dx12, ray tracing, etc That has not been trivial.

We’ll see in time what actually happens. Time will tell.

No. That’s not even remotely what was coming to 5.11. Jesus Christ, people need to stop spreading this nonsense. It was already clarified, multiple times, by Valve and CW employees. The stuff coming to 5.11 was for DRM, NOT Anti-Cheat. It didn’t even add any new functionality, it was literally just a replacement for PROTON_USE_SECCOMP=1 required by some games using certain DRM.

There is literally not a single line of anti-cheat code in the kernel.

" My game uses anti-cheat, which currently doesn’t work with Proton - how do I get around this for Steam Deck?
We’re working with BattlEye and EAC to get support for Proton ahead of launch." 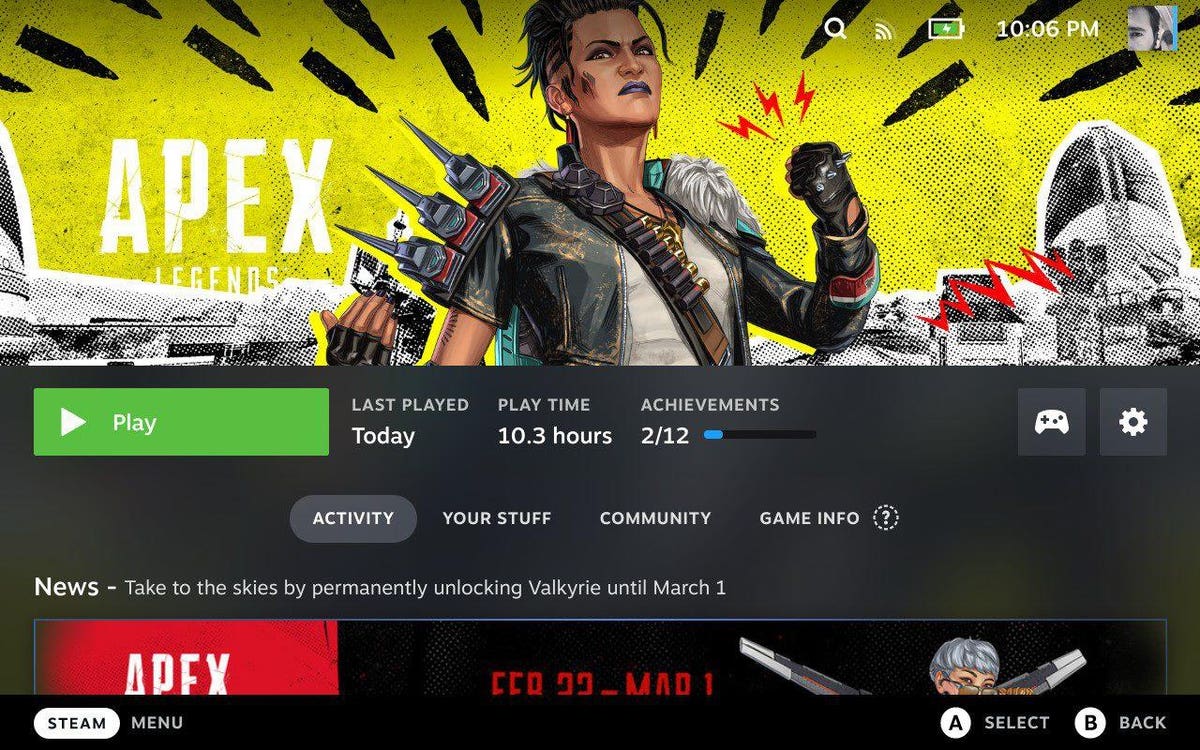 Valve’s Steam Deck is having an immediately positive impact on the entire Linux gaming ecosystem.

Yes it works, but do not get this confused. There is a windows version and a Linux version and a wine version for Linux. Most are pushing back since there are 3 versions. The Linux version still has some issues, the wine version devs are not willing to compile with their windows version because they are afraid it will have or allow cheating if you load the wine version instead of the windows version. Basically they are afraid that a windows user that wants to cheat will use the wine version with some kind of injection that says yeah I am using EAC and that the check will only go that far and they proceed on with whatever else they are uing to cheat. I have read 100’s of dev post on this and the fight right now is in the windows camp. If this was not true EAC on Star Citizen would have been fully implemented for Linux users all ready.

I’m trying to launch a Ubisoft game via EGS but it looks like it’s Easy anticheat is not working correctly under Wine: its progress bar stops somewhere at start and then restarted. How can I fix it? easyanticheat_x64.so - the file is needed someone says, where can I download it separately?