Want to Install Game BUT dont know what to choose 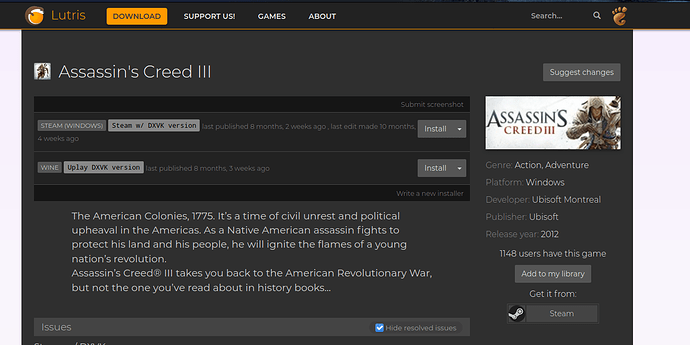 For me to install this game what should I choose ?

The first install script installs the game owned on Steam (more specifically via Windows version of Steam installed in a Wine bottle).

The second install script installs UPlay and the game owned on it inside a Wine bottle.

You also have the option of installing the game in the native Steam (via Proton/Steam Play) and then importing the installed game into Lutris (it’d be listed as a native game in that case). Although, there’s no install script for this one, and you may want to check if this game works in Proton first.

Update many thanks for the Link I forgot to ask u so which one should I use ?