Tradeskill erroring out... I think

I’m trying to get Tradeskill Master working. It’s an addon for World of Warcraft. I added the symlink to the wow folder in it’s container. When I launch it the following shows in the terminal window that pops up. Any ideas?

I don’t have this game but maybe running this command before running it:

Thanks for the reply but unfortunately I’m not too sure how to do that for the application I’m trying to run. Learning this stuff

Where would that be configured?

These calls are usually done in the terminal. Are you running the game from Lutris?

You could try the command prefix field. But Lutris has a setting for the terminal to use: 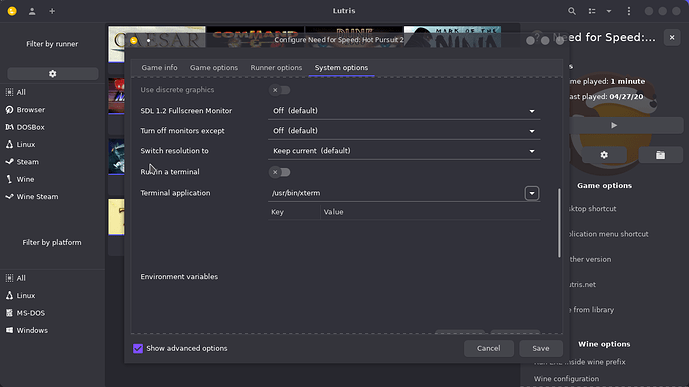 Extra calls which are executed before the game itself can be added in the command prefix field. In my case it would then become:

The export part is only necessary when you want this environment var to stick.

Anyhow, these two options could be doing exactly the same. 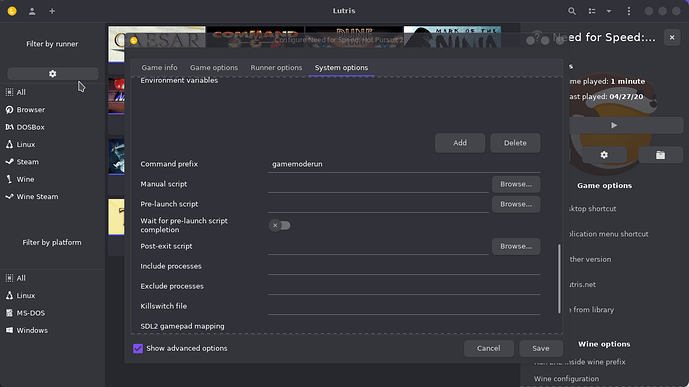 Thanks for the help… I got it going. Didn’t realize there was a terminal option in the system options. I noticed I had gnome-terminal and terminator installed but not xterm (never use it) so I installed xterm for the hell of it and well that fixed the issue. Now the app launches with no issues. Thanks for steering me in the right direction.