I tried to install Dragon age and Crysis3 through origin platform. They both failed when trying to install the origin platform(Nothing popped up as described). Both the wine runner and origin installer were downloaded successfully but Lutris eventually left a message said “FileNotFoundError(2, ‘No such file or directory’)”. So what is the file that Lutris is looking for? 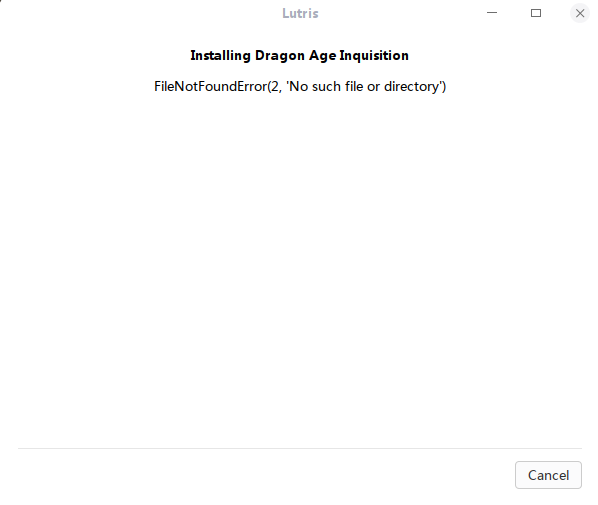