First, sorry for the english. I have the help of Google translator.
My intention is to help as many people as possible, because I know that English is universal, despite not knowing how to write.

I use an Arch/Manjaro based Distro and I wanted to install Spiral Knights, Retail Version. But I was getting an error when trying to install:

I have freetype2 2.12.1-1 installed on my Distro and looking in the AUR repository, I saw that it is the latest.

This is the response of my command to list the file in more detail:

I have Steam installed too and so when locating the same file I did the same command:

Seeing that the Steam library is older and works great on it, I decided to make Lutris use the same library version:

After creating the link, the installation is successful

For some reason the original Script didn’t create the game shortcut correctly in the Lutris “Executable” field, so I created a new Script based on it as “Latest version”.

Note: For the correct installation of the game, the Script should look like this:

So the shortcut was created correctly

I didn’t understand how to use Fork, so please someone remove this option (Change Me version) I created in my tests

For the game to work correctly, install the Java version 8 package from your Distro and create a shortcut into your distro’s folder.

I did it this way:

After this adjustment, the game works normally: 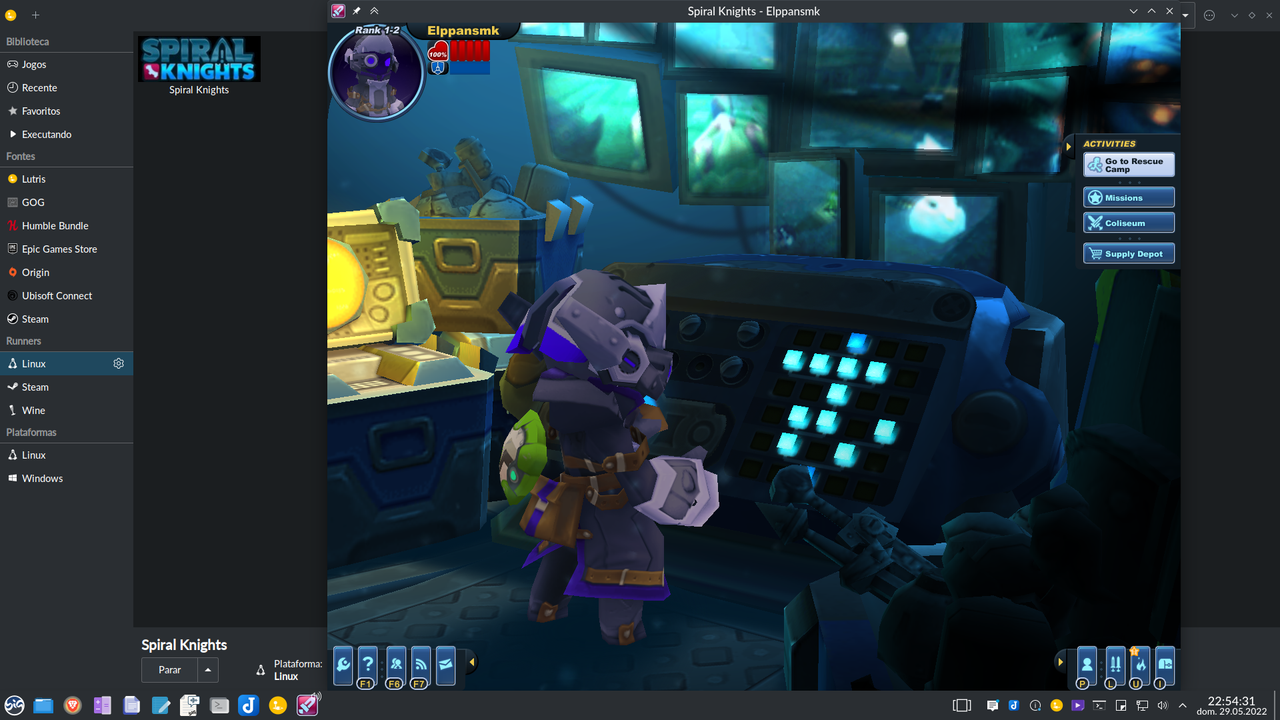 I wanted to post more images, but as I’m new to the forum, I could only post 1.

Hope this helps someone who has run into the same error.

To not have this problem, install xterm and then the game will be installed normally

“To not have this problem, install xterm and then the game will be installed normally”

To not have this problem with your gnome console (kgx), get your system libraries in sync. Either your kgx binary or your gtk+4 are incorrectly versioned.

You’re just using something else for your default terminal now. Good, you should have xterm installed as a lot of things will expect it to be there, but you have a problem on your system

You may just need to do “pacman -Syu”

Thanks for the response and support.
I found a quick solution as I was in a hurry to play.

Ps.: Sorry if I wrote something wrong. I’m not good at English, although I understand some things.

Ps.: Sorry if I wrote something wrong. I’m not good at English, although I understand some things.

Hey no, there’s none of that. I’m just trying to help you. It didn’t sound like you understood the problem. (I didn’t think anything was wrong with your English)

I appreciate you, friend.
Keep giving me good advice if you can.