Hi. I have been playing for a couple of weeks the native-port version of ‘‘Silent Hill 2: Director’s Cut’’ that comes with the Enhanced Edition community remaster, and it just worked beautifully. Really, aside from a minor bug that happened sometimes and got fixed with a restart of the game, I can say without any hyperbole that it worked perfectly. The mere idea of being able to play Silent Hill 2 on a GNU+Linux FOSS operating system makes me want to cry and I am sure that it is one of the most important steps in preserving this games, that is no doubt one of the greatest things that we have made as a species.

Having said this, I want to report an issue, which is that in my Xbox 360 wired USB controller, RT and LT don’t work. I assume that this probably has to do with these two being analog (I think) and the newer Xinput standard but I am not really sure. What I am certain is that in the game this two are basically dead buttons. I tried doing what it states on the Enhanced Edition website, I tried to remap them in-game and in the configuration files, I tried using the guide in PCGamingWiki that details this issue on Windows and its fixes, nothing.

Generally, I changed the control scheme in-game, and was able to overcome the different challenges, this being the first time that I played it in hard-difficulty, so I have some prior mechanical knowledge of this videogame. Having said this (and if you intend to experience this piece of art without any previous knowledge, please stop reading), I do not think that I can overcome the dual red pyramid things fight without the classic control scheme, that being RB/LB for strafing and RT/LT for “ready weapon” and camera controls. I was impressed with how much punishment they can receive, but I had a really big amount of shotgun and pistol ammo (not enough riffle to take them down), alongside a decent amount of health items. I checked a few minutes of a no-damage playtrough that someone did to have an idea of how much I would need to drive them to kill themselves and tried to put myself in that “skill-run” mentality, at least for that fight.

But I really do not feel that the actions and reaction time that I need to do and have to beat them can be reflected with a control scheme that has some of the key actions unusable, specially not being a speedrunner or someone with a really deep understanding of the systems that make the gameplay aspect as a whole.

I want to emphasize that everything else works practically perfect and I’m not writing this in a fit of rage, but it is really a shame that it came to this. I guess I could try to look if there was any equivalent of Cheat Engine for GNU + Linux for overcoming in a non-legitimate way that fight and that fight only but… that would be dancing around the problem. I wanted to report this to see if someone with more knowledge about this could try to look for a fix (knowing that in the native system of the port there are) or if we could get the ball rolling and open an issue on Github or some other place related to Lutris and the betterment of it.

Thanks for the attention and have a great day.

(Finally, I have read the “Please read before asking for help” post, but being the specific situation stated before, I think that really I doesn’t apply here).

in my quick testing I wasn’t even able to get the PC version to recognize my setup with xow.

games from the directinput era are really messy about controller configs, and it seems like the enhanced edition added some xinput stuff (seems like it’s meant to be used with xinput plus?), which can really throw a wrench in things

if you don’t feel like doing that, it’s worth looking into emulating the ps2 version (controller mapping on pcsx2 is solid) 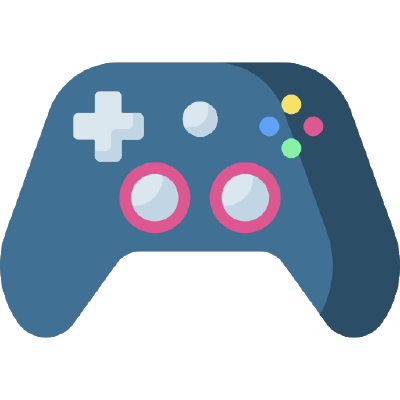 Graphical program used to map keyboard buttons and mouse controls to a gamepad. Useful for playing games with no gamepad support. - AntiMicroX/antimicrox