To get Proton in Lutris, I have to first install Steam, then copy the files from ~/.steam/steam/steamapps/common/Proton 4.11/dist into ~/.local/share/lutris/runners/wine/proton-4.11, and finally uninstall Steam.

My question is, is it possible to have Proton as an option in Wine Runners? It would be very useful for those who don’t have Steam installed. 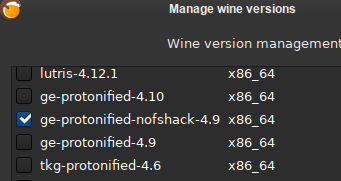 I am sorry if this is Proton. I did not know what the ge-protonified mean.

Before I post this question, I tried the following wine versions but none worked except Proton 4.11 from the Steam installtion: 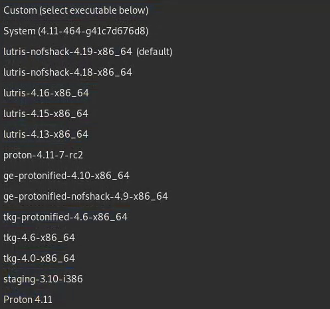 So I thought that the problem was that ge-protonified was not the same as Proton. If it is, then the problem was with the 4.10, 4.9 and 4.6 versions and I made a mistake.

Thanks for your reply.