Hi, running lutris for the first time automatically discovered my Nexuiz installation, and I was surprised seeing a banner that was the wrong one.

If you don’t know the story, Nexuiz was a free open source FPS game that was developed by Alientrap and a very large community of contributors. Development started around 2001 with a first release in 2005 and the last one was around 2009, it was based on the Darkplaces engine.

Around 2010, a Nexuiz developper who had rights on the name sold the name to a private company named Illfonic LLC and later on Illfonic released a brand new FPS game based on CryEngine 3 engine, with nothing in common except being an FPS named Nexuiz.

Because of that, the Nexuiz project was restarted under the Xonotic name, by the way, that original Nexuiz game is still distributed by some distributions (like Debian) and still played by a small community of players.

Even if I prefer playing Xonotic (see the lutris card here), I still have a copy of that Nexuiz game on my system and that’s how I experienced that name mismatch.

So, the current lutris Nexuiz card uses this banner, which is the one for Illfonic’s namesquatting:

since the lutris Nexuiz card uses this icon, which is the one for Alientrap’s Nexuiz:

This another logo for Alientrap’s Nexuiz (link): 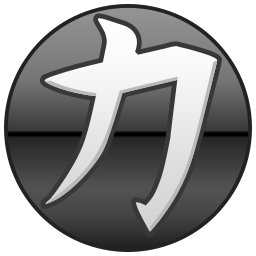 A rusty version of this one is shipped by the game and would be the better one I think.
This is another possible logo: 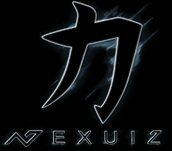 So, what must be done? The best thing would be to make two different lutris game cards, one for the original Nexuiz by Alientrap and contributors, and one for the namesquat by Illfonic LLC. It also means we need two different names. Some people name the first one as “Nexuiz Classic”, but I don’t think it’s fair since it was the name decided by the namesquatters, but meh, they have the right to. We can also name the Illfonic ones as “Nexuiz (Illfonic)”, I don’t know if it’s a good idea, and that’s why I started this thread: to discuss about what’s the best to do.

For the banner, it would not be hard to remake one with available assets from the game itself.

To know which game the user have, we can check the release date, the steam release date is 10 May, 2012 when the first Alientrap release was May 31, 2005 and last one was October 1st, 2009. Also, if the game is installed with Steam, we know it’s the Illfonic’s one, otherwise it’s the Alientrap one.

Since Illfonic’s Nexuiz was also released on Xbox and PlayStation consoles, perhaps it would be possible in the future to have users running it on emulators (but Illfonic gives buyers Steam keys, so it’s not very likely to happen), but we know the Alientrap was never released on consoles.

It’s technically possible for an user to own both games so we need two lutris game card.

So, I start this thread to get ideas before submitting contribution, and by the way, I haven’t found a way to edit an existing lutris game card.

Name conflicts happen occasionally but there is nothing keeping 2 (or more) separate entries to share the same name.
The only part that has to differ is the “slug” part (what is displayed in the URL), this has to be unique.

I’ll make an entry for Nexuiz (the open source one) and update this thread.

Edit: if someone can allow me to put image and links in forum post, and allow me to write more than 3 messages a day, I would be very thankful.

This is likely to be a limitation from Discord for new users, it should go away by itself automatically.

Hi, is there now a slug for that open source Nexuiz? (something like nexuiz-classic).

I may help to create the icons.

I just discovered there is three slugs for the remake by Illfonic: https://lutris.net/games/?q=nexuiz
But I see no slug for the original game yet. How can I help?