The following screenshots show the pop ups the game shows before crashing: 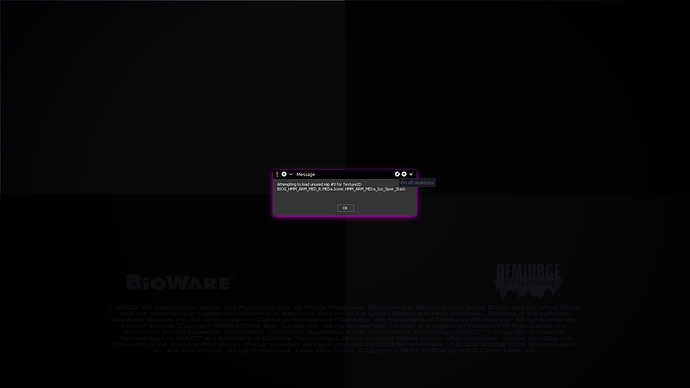 Has anyone got Mass Effect to work on Linux?

Solved: fixed audio issues, thanks to ProtonDB. Didn’t even know games outside of Steam are available there. 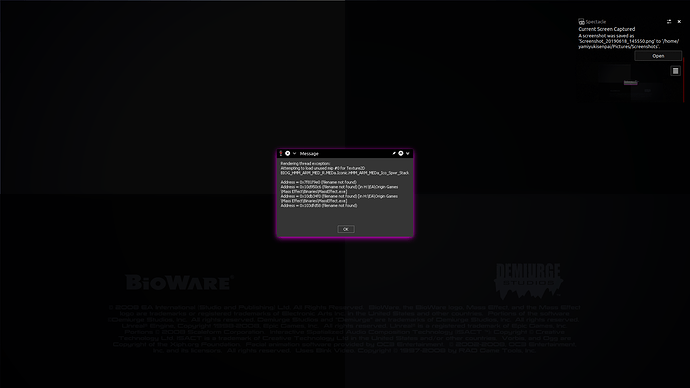