Lutris : Depends: unrar but it is not installable

Hi all! I’m on a Debian and added Lutris to my package repository, but running sudo apt-get install lutris returns:

Let me know if there’s any other information I can provide. Google didn’t turn up anything…

Run sudo apt intsall unrar most probably it will show the same error. Its actually because you maybe having other added repositories packages which are having a conflict with the python3-evdev and the other 2 shown. So you need to figure out which repo you added or package that you installed other than from the official repo conflicting with these three packages.

When I used ubuntu i simply use synaptic sudo apt install synaptic and install package in this case unrar from there and then synaptic shows which package is conflicting. Send the synaptic screen shot that will be helpful.

I ran synaptic and searched for unrar. But, it’s not appearing in the list of packages at all! 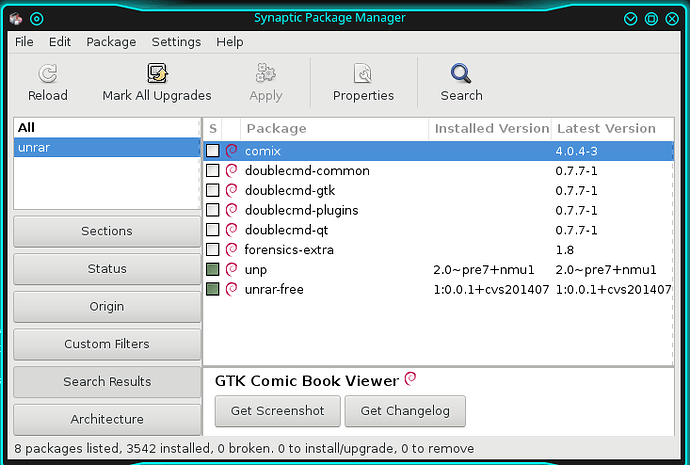 /etc/apt/sources.list edit this file and add contrib non-free after main in all the debian repositories. 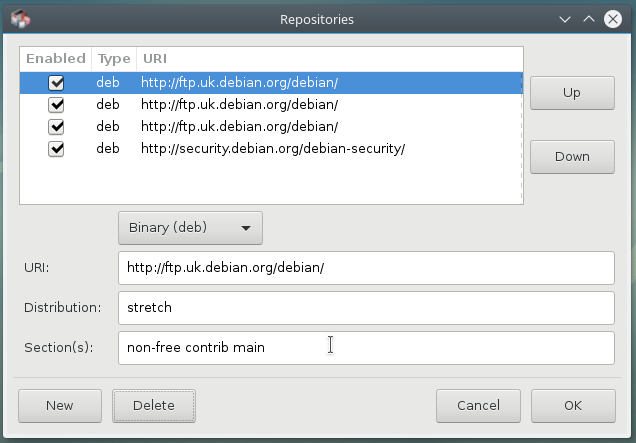 here in the section(s) tab add non-free and contrib.

This will make many packages available including unrar

Usually i recommend to not install debian the way you do instead use the debian non free DVD here it includes non free firmware and repos by default. https://cdimage.debian.org/cdimage/unofficial/non-free/cd-including-firmware/ but no issues

you can enable it by these 3 ways and dont forget to update after enabling repos.

I’ll have to check on that but we probably can remove the unrar dependency. We ship a build of p7zip in the runtime which should handle rar archives properly.

Thank you. The nonfree method worked - I had forgotten about Debian’s old “FOSS only!” strictness that also gave me a very hard time installing firmware.

Also strider that sounds like a great idea, anything to make it easier for noobs!