Anybody have any idea why the dark theme in the Lutris app doesn’t work? I’ve tried restarting and playing with the desktop themes and colors to no avail… Any suggestions? I’m on Manjaro KDE with a fresh install, everything updated…

I use my desktop theme to manage the theming of all applications. The option isn’t even activated in Lutris. This is how it generally works under Linux and it’s the reason why programs which are also available for Windows often don’t look good under Windows. This is because the generic GTK theme is used there. 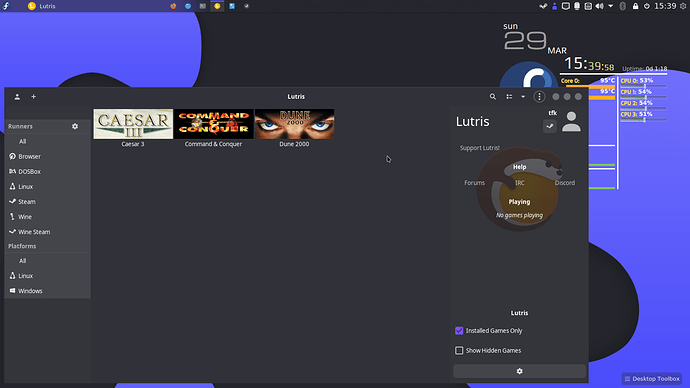 Theming
KDE kan be seen as the Swiss pocket knive of Desktop Environments, DE for short. There are countles methods of customization.

Now you can change your KDE theme but Lutris is a GTK application. Luckily KDE supports GTK themes but you have to install and add those seperately. This can be done under System Settings / Application Style / GNOME/GTK Application Style 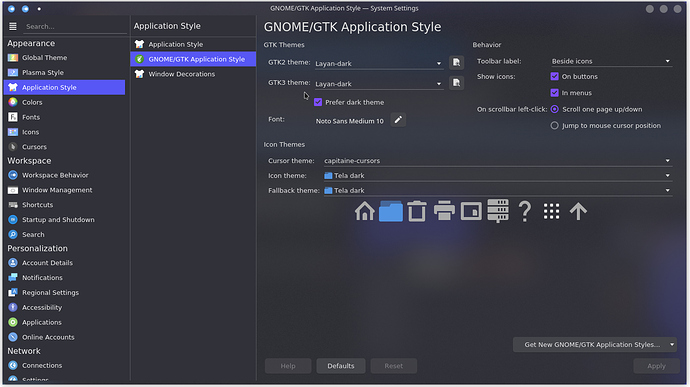 There are many turtorial video’s on YouTube on how to do this:

One thing that is sometimes easy to forget is that Linux doesn’t have a single GUI library used by all applications; and those which exist often have to be configured completely independently of each other. When I tried out KDE 4 for the first time, I got confused by some applications completely ignoring the system settings for appearance; then I realized that KDE is based on Qt toolkit, and GTK is configured separately; and later on I encountered similar problem when GTK 3 appeared (it has completely separate theme settings from GTK 2).
I recall that back then I solved the issue by picking a visual theme for one toolkit that imitated the theme of the other one (can’t remember which one it was); another option is, of course, to configure them with sufficiently similar-looking themes.

Thank you so much! I forgot all about GTK and QT toolkits. I just did a fresh install of Manjaro KDE so it’s been a while since I played with the DE and app style settings. I usually just set it and forget it until I get bored with the look lol. Thanks a million!