this /\ is the right way to install league on wine

no idea what you’re on about.

the current installer use a old wine version
dll’s make the game stutter a lot
is not needed to install nothing, just a new wine prefix with msvcp140
curent script is buggy

-the opengl version uses staging-2.18, which the launcher freezes with frequently, but you can kill LeagueClientUx.exe in task manager and it will reload whatever part of the launcher you are on.

-1.9.2-staging-lol does not have this issue, which is why it was used in past scripts.
msvcp140 is part of vcrun2015, so it is not necessary to add this as an override (it is added automatically with vcrun2015).

I do not know about/do not use the directx version, as opengl runs natively in linux

also recommend setting framecap to 60 as the game has fps degredation over time when running in wine, but setting an fps cap fixes that.

Alright I apologize!
I figured out what you meant.
install vcrun2015
remove all overrides EXCEPT msvcp140.dll
and it fixes the launcher freezing. working on an install script update now. I think you may be able to copy the msvcp140.dll that comes with lol. testing now. also testing mesa_glthread and __GL_THREADED_OPTIMIZATIONS=1 for opengl mode.

The new installer works great! And is super fast to install! Thanks

got everything figured out. new install script is up!

Nice, but you can make the script more cleaner excluding: vcomp120, msvcp120, atl120
this options is not needed for make the client/game work and can create some problems in performance, i make tests for weeks, trust me, but for now your new script is REALLY BETTER
thanks for replys and sorry if my english is a sh!t

i couldn’t get the launcher to stop bugsplatting with those removed and it kept spitting out an msvcp140 error when logging in. This happened with only msvcp140.dll override and all others removed. Once I added the others, the launcher stopped bugsplatting and the error was removed.

I understand, thank you very much for doing the new script.
I have a question about opengl
how do i start the game with the command of the nivida?
“__GL_THREADED_OPTIMIZATIONS=1”

right click LoL in lutris>configure>system
at the bottom of the window make sure “show advanced options” is checked.
scroll down to environment variables. click add. then click at the top of the list to highlight the first entry in the white box. type __GL_THREADED_OPTIMIZATIONS in the left side, and 1 in the right side.

only work with opengl mode in league?

I actually had __GL_THREADED_OPTIMIZATIONS=1 in the install script, as well as mesa_glthread=true, but it was causing some in-game crashing, so i removed both. Probably mesa_glthread that was causing it. I’ll test tonight and re-add if it works 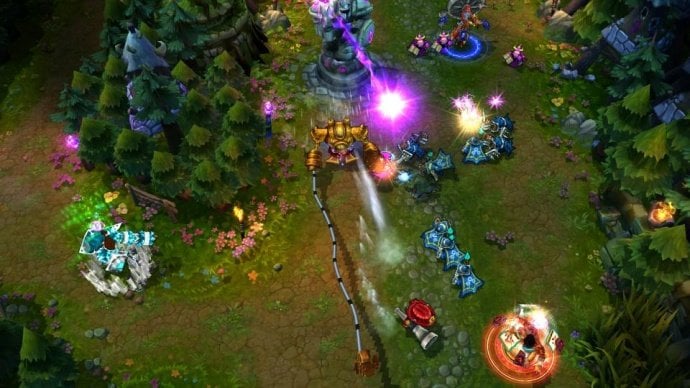 i play league all the day, how can i contact you if i discover something new to the script?

i completely disabled opengl mode in league. it’s currently using directx 9, as dx9+csmt provides better performance than opengl on both nvidia and amd.

the opengl option x3d_platform=1 has been removed from the install script. League of Legends’ opengl implementation is only opengl 1.5, which is from 2003. It is very buggy and outdated.

Source: https://engineering.riotgames.com/news/trip-down-lol-graphics-pipeline
Article from Jan12 2017. “We use a comparable featureset from OpenGL 1.5 on OS X machines as well (that should be changing soon).”