Installing a game via the original CD

If I have the original CDs of this game, bought back in 2004. There is a way to install the game via lutris, with my own CDs? (the game has two CDs, in the middle of the installation, it requires removing the first CD and inserting the second CD)

I’ve added a basic installer script as a draft. You have to click View unpublished installers to see it.

When the installer doesn’t work then you could follow this guide as some Windows users have experienced problems with the installer.

I remember that back when I frequented this forum, there were people reporting odd behaviour of the installer, or simply a compleate failure to run....

Thanks a lot. I will try the guide, then I’ll tell you how it went

EDIT: When i try to install via the unpublished installers, it’s required me the second disk. I ejected the first, and inserted the second cd, but, when i press the “riprova button” (try again button) i got an error.

Now, i will try the terra-arcanum forum method. 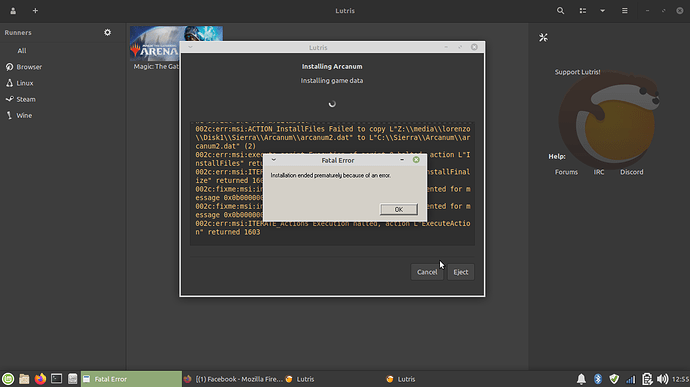 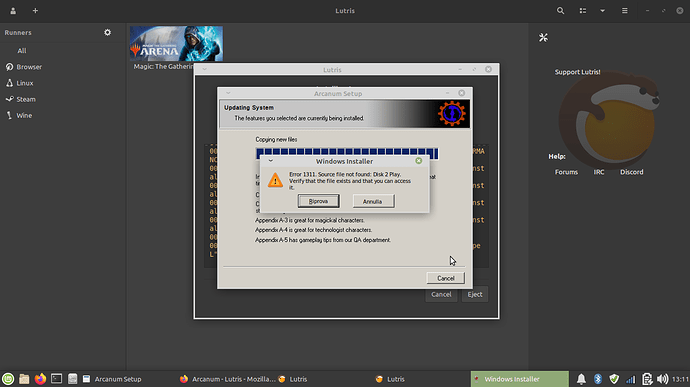 Hello all,
I also own Arcanum on CDs, I will try to install it.
From my experience with double/multi CDs installation under WINE is a pain: with WINE you just cannot unmount a CD and then remount the other(s).
With some games that have minor or no copy protection systems you can copy the content from the CDs in one place on HD before the installation and start it from there: as an example you can see the lutris installer I have done for Gothic https://lutris.net/games/gothic/ it is the first in the list of installers.
As an example I was not able to do the same with Call of Duty because of copy protection I believe.
As I said I will try to install Arcanum and if needed I will make an installer.
Bye
Leonardo

Just a different thought. It might be possible to burn all the discs to iso then mount all together in some way. Maybe.

Hello,
I just wrote the lutris installer script for retail double cd version of Arcanum and tested it successfully, you will find it into “Unpublished installers” until the moderator will publish it.
I will start to work on the installers for the Arcanum patches and mods.
Meanwhile gintoki8 please try this new installer (CD Version) and report some feedback.
Bye
Leonardo

i will try the installer published 2 hours ago, because the others didn’t work

EDIT: I got this message. later, I will try other methods 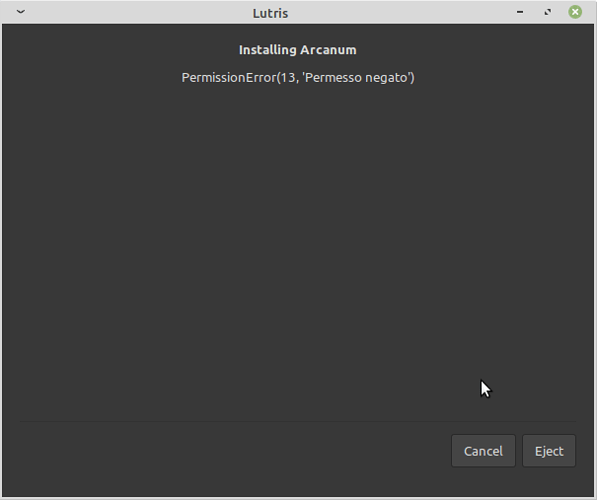 I guess you clicked directly on “Install” and the lutris site provided you an old draft of the installer.
I encountered and resolved that error during my tests, it is due to the fact that the files copied from the CD are readonly and cannot be overwritten by the files on the second CD.
Just delete the arcanum folder and try again, but this time click on the little arrow near “Install” and then select “Edit Installer” but do not modify anything, scroll down and click on “Test this installer” so you will be sure to use the latest draft. 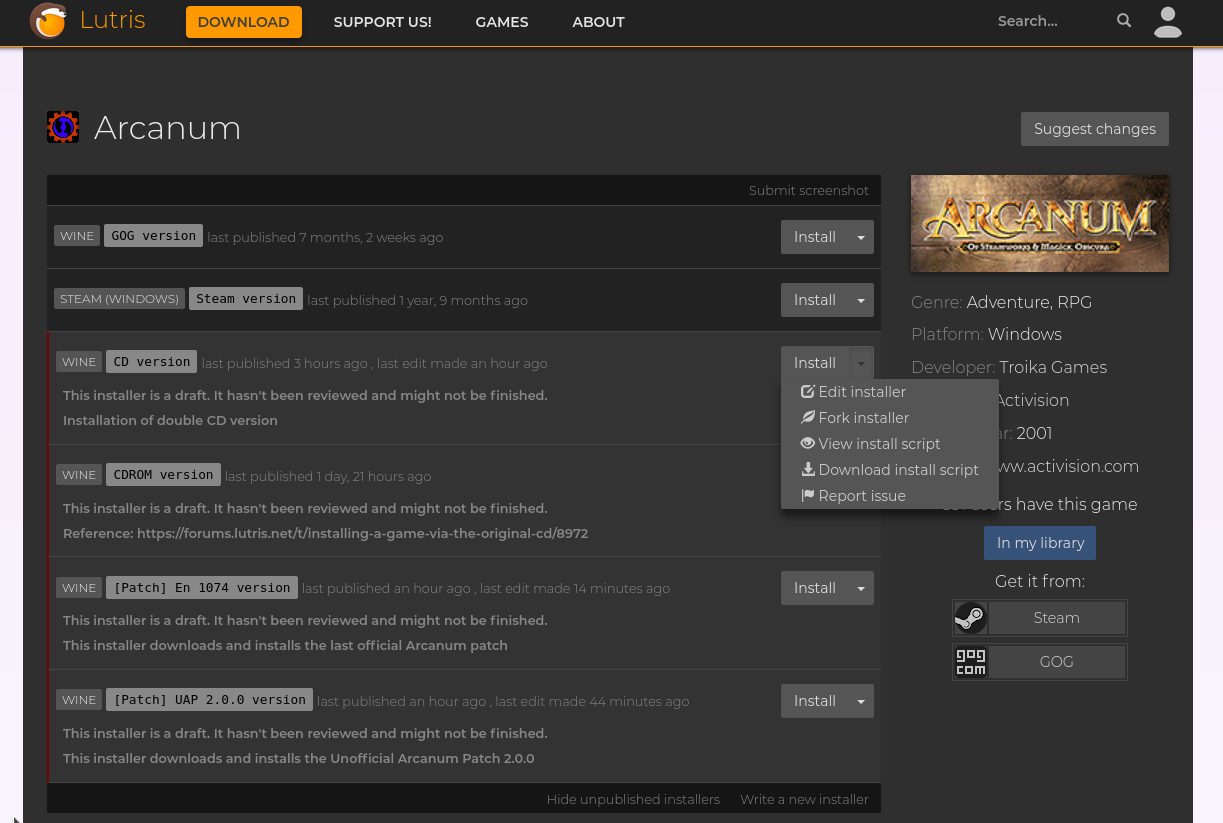 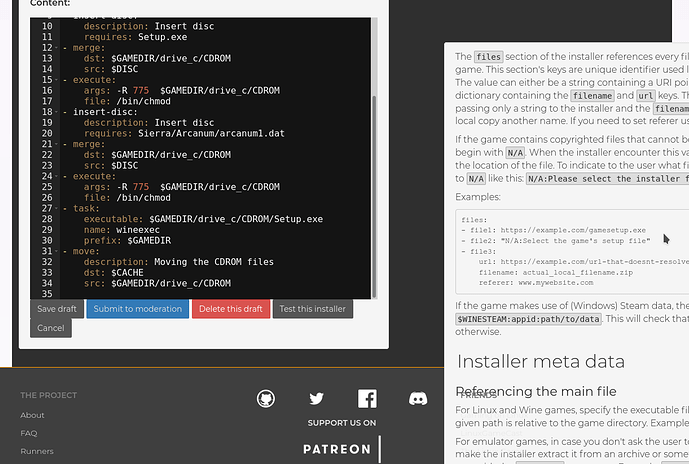 Sure It might be possible to burn a new iso containing all the discs, but it is not straightforward.
I think (as a Lutris user is just my opinion) that a Lutris objective is to make easy to play games in Linux, and I think that a good Lutris installer could make easy to install a game on Linux.
What do you mean when you write:“the lutris installer here would need to support it”? What should be supported?
How can you write “Or you just use the game’s installer and forget about the lutris installer.”?
Do you know what you are talking about?
Arcanum is a game published for Windows, the only way to play it in Linux is to use an API wrapper (WINE). There are many ways to use WINE to install the game (one of these is through a Lutris installer) but surely I do not see how it will be possible to “…just use the game’s installer…”, unless a linux edition of the game exists which I do not know.
If you have something to ask about the argument, or if you have something interesting to propose you are welcome.