How to change dependency sources?

There where other attempts but they just failed too, some 404 some 503 so some might be temporary others not.

But in the install scripts I can’t find any references to this. So how can I change where it tries to obtain those files from?

Have you tried to install it from the gog runner. I think I have the game on gog I could give it a go when I get home from work.

I tried the GoG installer with the Lutris script.

Do you mean trying to run the installer just with wine? I did not do this yet because Lutris seems to manage dependencys in a cleaner way then messing around with windows installers.

There is a build-in gog runner in lutris 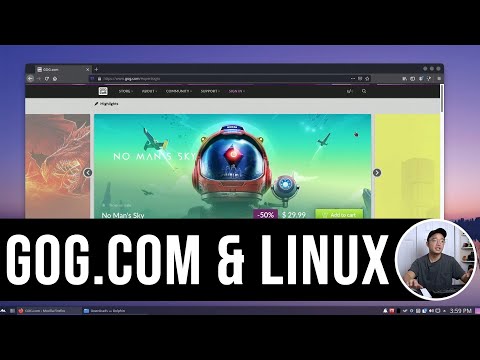 You seem to have accidentally posted the wrong video.

The first 5ish minutes talk about a native Linux game and after that it’s wine manually.

Edit:
But I think I have found what you mean, If I inter my credentials from GoG in Lutris I get the option to install GOG games. That fails at getting the installer. I assume it only tries the native one which does not exist. Which is why I tried Lutris in the first place.

The video is however still just barely topic related. Or I just fail to see the connection to your post.

Edit:
Also we haven’t addressed the issue in the title which will make this a very frustrating google result. So even if we get to some workaround I would like to remind of the title.
(Or as it seems: Get it to work by dumb luck + patience and one source comes up again)