Today I was submitting a game that is not in Lutris DB but it was not permitted because a game with the same “Title” is already present: 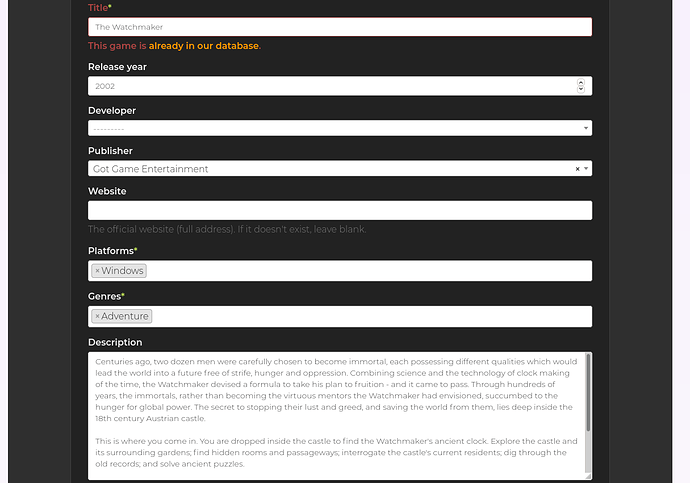 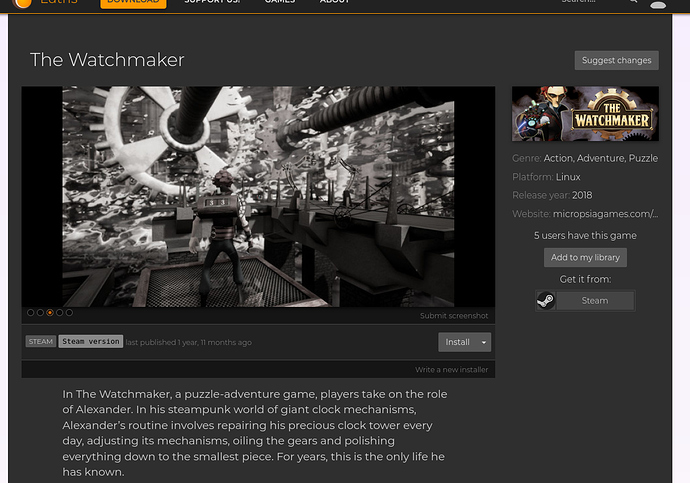 I see your problem.

The system works with slugs which are identifying names. These are used through out the system. I think this idea came from the URLs on the site. The original game has a slug called the-watchmaker. This makes for a very readable URL which is good for search engine optimizing:

When this system needs to change then the term backwards compatibility becomes very important. Because just changing the system will break the system for all users.

Using a method like this, games which are already in the database wouldn’t need changing.

BTW: this is the installer definition containing all identifying elements:

In the meantime I just would use the name The Watchmaker Got Game Entertainment which should create a slug named the-watchmaker-got-game-entertainment. After adding the game you can then request a change where you change the title back to The Watchmaker.

Ok, got it.
Thank you for the explanation.
I am not a programmer and I do not think I would be able to contribute at the code level, but I’ll use your suggestion and I’ll submit the game as the-watchmaker-trecision (Trecision is the Developer and is not the DB).