Fortnite still can't get past BattleEye (script updated 5hrs before posting this, Aug 11 2018)

The Fortnite Lutris script was updated 5 hours ago, before this writing, so I figured I’d try it out.

The instruction to keep deleting the registry of the MachineID does not seem to solve it. I’ve done it multiple times now, and so far the BattleEye comes up most of the time. A few times, it didn’t come up, but the game never actually launched. Clicked launch, then it tries, then goes back to a Green button to launch, game never comes up.

The optional launch paramter does not seem to trigger the game to launch directly either.

So, instructions don’t seem to be working.

So AFAIK my environment should be appropriately setup for this.

So is it working for anyone? What about the person that published the script a day ago?

That was me adding the Garbage rating.

Is it an issue with the game trying to connect to BattleEye even after launch (while in-game) then? Because I can log in and start a game just fine, but as soon as I jump out of the bus I get kicked back to the main menu. 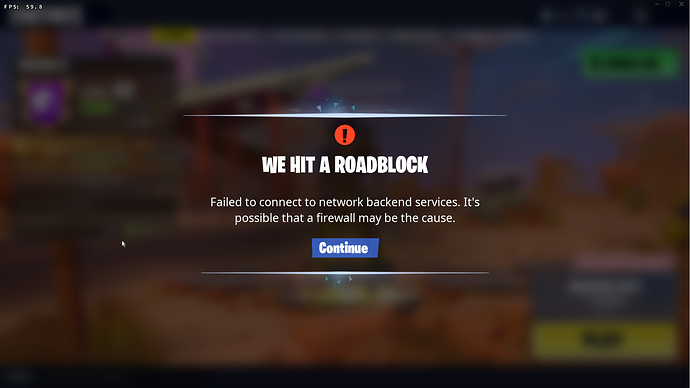 There’s nothing to fix. It’s not a problem with Lutris but with Wine and anti-cheat. You were already given the run down by @dan1lo_bc