I’ve decided to try something else lately, after playing the game more actively on my main PC (Windows 10) for the last couple of months. Last month the game was discounted by 50% on blizzard store so I decided to invest another 20 bucks after reading that you can get a nice loot in the player3+ difficulty. For this I’ve installed a 2nd copy of the game on my first laptop, it’s an old HP Hackintosh ProBook 450 G1 with 3 operating systems (mac OS High Sierra, Win 8.1, Win 10), i7 CPU (2~2.2 ghz), dual GPU (Intel 4600HD & AMD Radeon HD8750M). In general, the game operates with 10-15fps but I do not really care, since I’m playing mainly on my PC, so P2 difficulty is achieved and some new loot dropped almost instantly. However, I’ve decided to try running 2 copies on the game on the same laptop under HyperV but the GPU never had any chance to passthrough and then I made another partition for Linux. After 1 week of forking partitions, rufus burnouts, clover configs, dozens of reboots, and tons of googling finally I made it with Manjaro. 2,3 days later I now have BattleNet and the D2R game running on my laptop. The game itself loads LIGHTLY, 20-30% faster than windows 10 (yeah, I do have the same copy running on the win 10 laptop partition), but I cannot see anything else except the GUI and the map, which is fine for AFK I guess.
Anyway, I would like to know If it’s possible to run a 2nd copy of the game inside Lutris client. Would love to see all the steps for that, if it’s possible ofc. 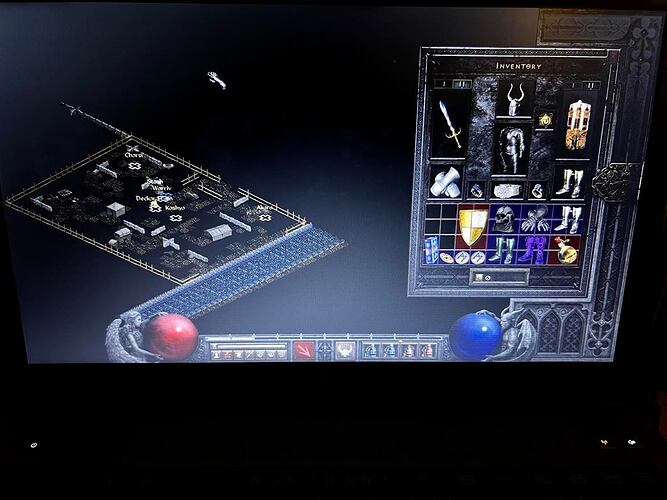