Application Icon not Showing on Gnome

Hello, i was just making my custom application icon for a ppsspp game i added into lutris, but after creating an application menu shortcut, its shown as a gear even though it shouldnt. 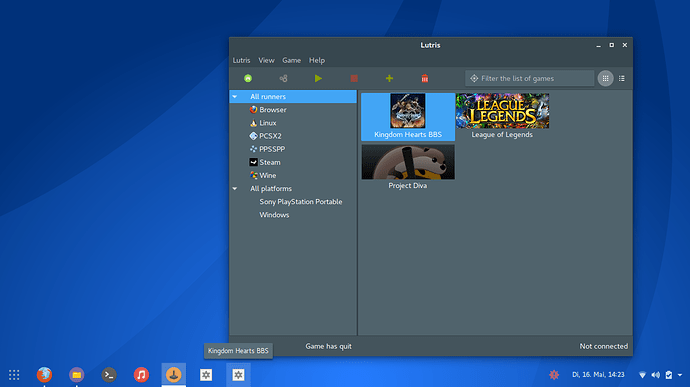 its gnome with dash to panel and dynamic transparency - and now added papirus icons - i had the flatpak before (i believe) i still have the issue though.
Newest Gnome available on Arch, will try kde if the issue persists and its only my pc which does dumb things.

I’ve managed to reproduce that, custom icons are not registered until next Gnome Shell restart. After the next restart, everything is fine.

Also, note that it’s the icon that is used for the shortcut, not the banner. What you are showing in the lutris window is the banner.